Located in the town of Rajgir, in the northern Indian state of Bihar, Nalanda is a postgraduate, research intensive, international university supported by the participating countries of the East Asia Summit. The University came into being on November 25, 2010 by a special Act of the Indian Parliament and has been designated as an “institution of national importance”.

Nalanda is inspired by the academic excellence and global vision of its historic predecessor and aspires to meet and set global standards of academic excellence and research and enable capacity building in all areas of higher learning. The University is being supported by all the Member States of the East Asia Summit and Intergovernmental Memorandums of Understanding to that effect have been signed by 17 countries.

The University seeks to recover the lost connections and partnerships that existed in the region called Asia, before the onset of historical forces that led to their dissolution. Asian cultures have multiple links that go deep into the past and are reflected in a variety of common cultural features. The re-discovery of inter-Asian linkages in recent times has led to a resurgence in discovering and building upon a shared history. Nalanda University is envisaged as an icon of this new Asian renaissance: a creative space that will be for future generations a centre of inter-civilizational dialogue. 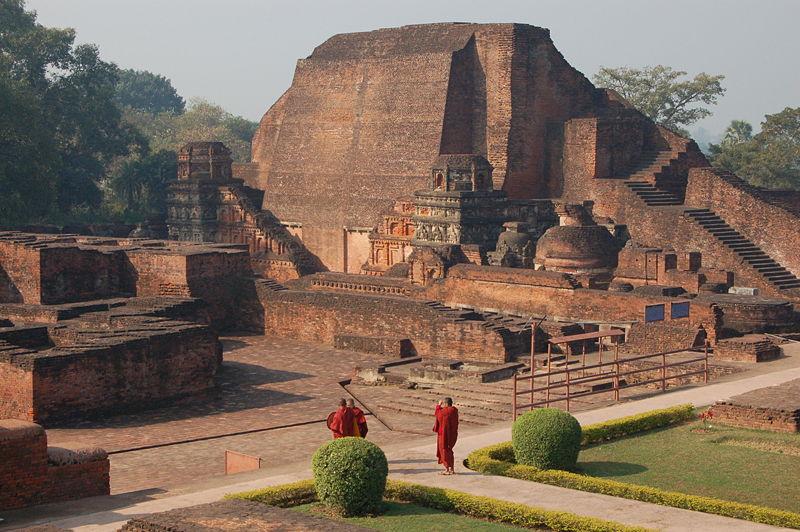 Nalanda has been a seat of knowledge for over eight centuries in the ancient kingdom of Magadha. It has been a renowned centre for learning from the 5th century until it was destroyed by Bakhtiyar Khilji in the 12th century. Nalanda is proclaimed as, “One of the most important universities in the world, was developed not in the medieval west, but right here in India: Nalanda University… was instrumental in producing people who are capable of understanding and articulating what it means to have universal knowledge, knowledge that is applicable across cultures and across times.” (Dr. Geoffrey Durham)

The Nalanda University attracted scholars and students from near and far, some travelling all the way from Tibet, China, Korea and Central Asia in quest of knowledge. It was a centre of excellence not only for Ancient Indian wisdom, Buddhist studies and philosophy but for Medicine and Mathematics, Astronomy and Logic as well. After teaching thousands of students for centuries, Nalanda ceased to exist just as universities were opening up in Bologna, Paris and Oxford at the beginning of the second millennium CE. The shift of centres of knowledge from East to West was symbolic of the eventual transfer of power which followed within half a millennium.

There is now a perfect opportunity to recreate the hallowed universalism of Nalanda as a centre of knowledge. The second millennium CE ended with a tremendous resurgence of Asia after centuries of stagnation, division and decline. Asia is today synonymous with a dynamic entrepreneurial and innovative culture, based on knowledge and enterprise not forgetful of its past yet not afraid to face the future. Asian countries are coming together to forge a continent based on the foundations of peace and harmony. The decision of the East Asian Summit in 2007, at its meeting in Cebu, Philippines, to endorse the plan to re-establish the Nalanda University underscores the commitment to these values. The aim is to rebuild Nalanda as a seat of knowledge.

Eight hundred years after the destruction of Nalanda, former President of India Dr. A.P.J. Abdul Kalam, while addressing the Bihar State Legislative Assembly, in March 2006 mooted the idea of reviving the university.

Almost simultaneously, a proposal termed the “Nalanda Proposal” was forwarded to Government of India by Singapore. This proposal sought the re-establishment of a University like Nalanda which would once again be the focal point of Asia.

The State Government of Bihar quickly adopted the visionary idea and consulted the Government of India on the way ahead. It also began its search for a suitable location for the new Nalanda University. It identified and acquired 450 acres of land for the University in Rajgir¸ Bihar.

The establishment of this University was thus marked by a high degree of co-operation between the State of Bihar and the Government of India.

Since the hallmark of the ancient Nalanda was its internationalism, the Government of India decided to share this proposal with the leaders of the East Asia Summit ('EAS'). The proposal was first shared with the sixteen members States of the EAS at the Cebu Summit in Philippines in January 2007. The Member States welcomed the regional initiative for the revival of Nalanda University. At the fourth Summit held in October 2009, at Hua Hin, Thailand, members supported the establishment of the Nalanda University and encouraged regional networking and collaboration between the University and existing centres of excellence in East Asia.

The University has established linkages and collaborations with several institutions abroad as well as with East Asia Summit partners. We work closely with educational institutions as well as other organisations that have common goals and can partner with us in keeping with the vision of Nalanda.

To reinforce the university's international character, an inter-governmental Memorandum of Understanding came into force at the 8th East Asia Summit in October 2013. Till date, 17 countries have signed the MoU.